About SAHA > Our Staff 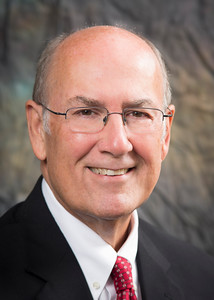 Bill Bedsole, SAHA's Chief Executive Officer, joined SAHA in August 2011. Bedsole’s career in healthcare has spanned over 32 years, having gotten his start on the finance side as Controller at Halifax Regional Medical Center back in 1983.  Bedsole left Halifax in 1987 to accept the position of Chief Financial Officer at what is now Vidant Beaufort Hospital in “little” Washington, NC.  He remained in that role until he was named the Chief Executive Officer at the hospital in 2001, a position he held until 2010.

Bedsole holds a BS degree in Business Administration from the University of North Carolina at Pembroke and a Master's degree in Healthcare Administration from Pfeiffer University.  He holds fellowship status with both the American College of Healthcare Executives and with the Healthcare Financial Management Association.  He has served as a member of the Board of Trustees for the North Carolina Hospital Association where he also served on the NCHA Policy Development Committee.  Bedsole served as a member of the NC State Health Coordinating Council from 2006 through 2012, having been appointed by Governor Easley in 2006 and then reappointed by Governor Perdue in 2009.

Bedsole is also an active member of the North Carolina Chapter of the Healthcare Financial Management Association.  He received the William G. Follmer Bronze Merit Award in 1996, the Robert H. Reeves Silver Merit Award in 1999, the John H. Ketner Award for Outstanding Chapter Service in 2000, the Frederick T. Muncie Gold Merit Award in 2004, and the Founders Medal of Honor in 2008.  He served on the Board of Directors for the Chapter from 1996 – 2000.   Bedsole was then elected as an officer of the Chapter in 2012, and currently serves as President-elect.